The geological landscape of Latin America is rich in mineral deposits. Given the patterns of global economic growth the robust demand for minerals and metals are expected to remain a constant, there will be huge investment in the Latin American mining industry. Prices and short term demand may fluctuate but the market for minerals and metals is a reality of development and growth today.

In 2003, hardly 10% of global mining investment was headed towards Latin America, but even today as the mining sector is going through a dis-aggregation the largest marquee mining companies disclose their long term commitment to the region.

In 2012 Latin America was responsible for 25% of total production and had 28% in the investment pipeline allocated to the region.

The Latin American region continues to attract investment capital in the mining sector expecting to receive $250 billion by 2020. This makes Latin America the first destination for mining investment.

Latin America is now the primary destination for mining exploration investment in the world, with 25% of total investment going to Chile, Peru, Brazil, Colombia, Mexico and Argentina.

Commodities such as iron ore, copper, gold and nickel, will remain the most important investment targets for mining companies. These premier metals account for 84% of the total future project pipeline.

South America contains about one-fifth of the world’s iron ore reserves. The most important beds are located in Brazil and Venezuela.

Valued at $26.9 billion in 2009, copper accounts for nearly one-third of the exports of Chile, the world’s largest copper exporter. In 2015 it is estimated that Chile alone has 33% of the global copper reserves and production more than the next 5 largest producers combined. In 2013 its 5.7 million tonnes of production was valued at $55 billion.

Chile has the second largest reserves of molybdenum in the Americas, trailing the United States.

South America is home to some deposits of oil and natural gas, which are drilled for energy and fuel. The region possesses 20 percent of the world's known underground oil reserves, and its share of the wealth has been growing in recently years. Oil and gas extraction is the dominant industry of Venezuela. 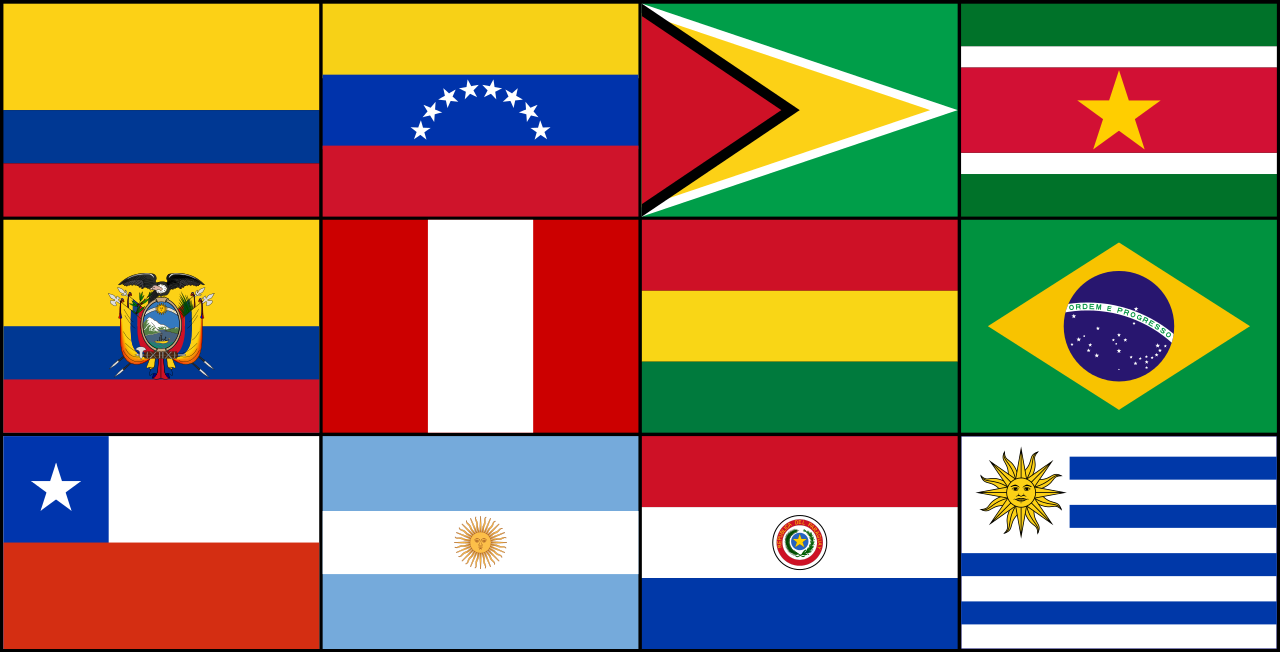 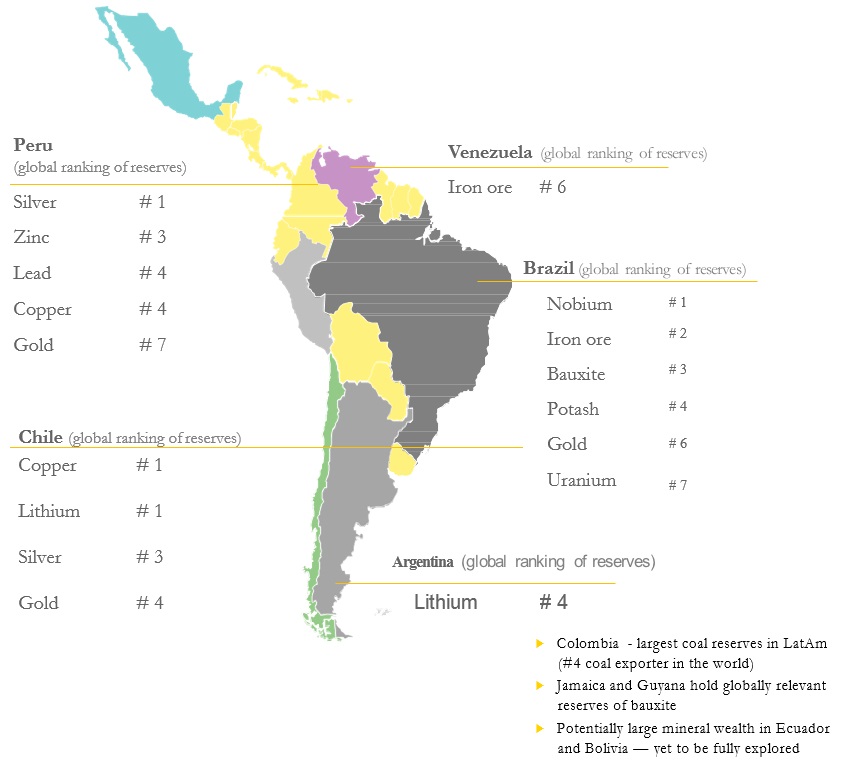 Has about 85% of Latin America’s oil and gas reserves. Venezuela has even toppled Saudi Arabia as the country with the largest proven reserves. Other producers are Brazil, Colombia, Peru, Guatemala, Ecuador, and Mexico.

And other Central American countries are rich in minerals and still developing their infrastructure and businesses.

In addition there are other countries, like Brazil, that further make investment into Latin American mining and minerals sector a very positive long and short term outlook.

Latin American Mining is poised to be part of this growth; helping humanity advance by delivering minerals and commodities to market.