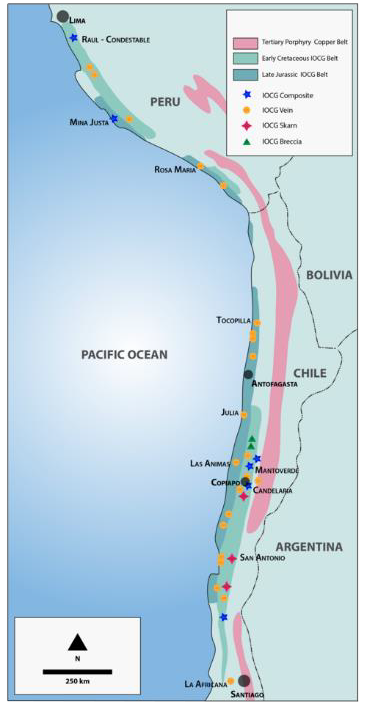 Latin American Mining has acquired the lease to Mina Rosa 1-20 a fully permitted mine which is extracting minerals and selling copper ore.

Mina Rosa is a 100 hectare open pit mine with tunnels and is comprised of 20 separate lots. Each could be permitted to produce separately meaning LAM can sub-divide the mine into several smaller units increasing production.

There is a large percentage of iron ore (40% average head grade), gold, silver and other minerals throughout.

Historically copper is the dominant mineral.

Its current operations are: copper oxide ore production from an open pit, an area less than 2 hectare in size. It is producing ore with a copper oxide content between 1.5%-4.2 % averaging easily doubling Chile’s average grade of 0.8%.

IOCG are important and highly valuable concentrations of copper, gold and other minerals hosted within iron oxide dominant gangue assemblages which share a common genetic origin.

Northern Chile´s huge mines are famous for their IOCG. IOCG mineralization runs from Chile´s Region I south past region IV where LAM's project is located.

It has been reported there is 23,000,000 lbs of pure copper fines within the outlined yellow area.

Three identified bodies of mineralization within the yellow perimeter of the above diagram.

LAM will test and evaluate the minerals available and expand Mina Rosa 1-20´s production first from the open pit to the tunnels. Afterwards to other mineral rich areas on it. LAM will continue to sell to its purchasers, or process the minerals and sell the concentrate.

To process minerals from Mina Rosa 1-20, LAM will acquire and or build processing plants. 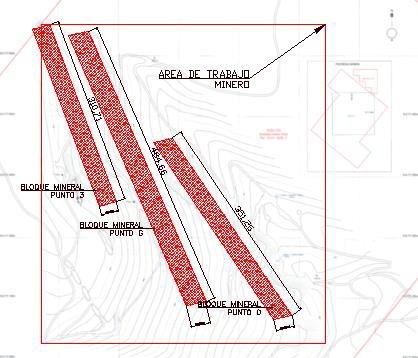 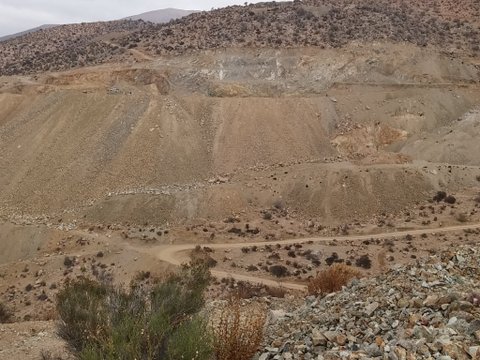