Gold is ruled by the Sun, it's astrological house is Leo and its nature is male. To the Mayans Gold represented the East. The Aztecs regarded gold as the product of the gods. The Incas referred to gold as the "tears of the Sun". The symbol for gold is Au from the Latin aurum meaning shining dawn.

It corresponds to the letter E, diamonds and the heart. The symbol for Gold in the periodic table is a circle with a dot at the center. In Astrology this is symbol for the Sun, which represents the Self. Thus Aurum represents Selfhood.

Gold has always fascinated people and is certainly one of the very first metals known. Gold was highly valued from the earliest recorded times in history and possibly from the inception of modern man. 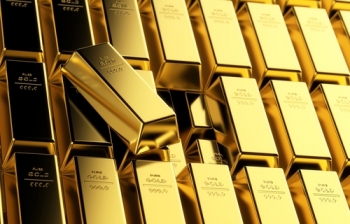 Ancient Sumerian writings and Zulu lore states “the Anunnaki” came from another planet in our solar system whose minerals and resources were depleting, specifically Gold. The Anunnaki’s home planet needed gold in the atmosphere which was disappearing so they came to Earth to mine gold and take it back to their home planet. The Anunnaki genetically altered primitive mankind and created a labor force which allowed them to mine gold faster. The Hebrew Bible and the Sumerian texts reveal many similarities, not only in their stories, but also in their language; “Adam” in Hebrew stands for “man”. Sumerians refer to as “first man” “The Adamu” who were the first modern humans. According to their texts modern man were created by the Anunnaki 450,000 years ago when they genetically mixed their DNA with that of prehistoric man and that way obtained a labor force

Some African cultures believe that extraterrestrial beings have been visiting the Earth for tens of thousands of years, the Zulu legends speak of a time when “visitors from the stars” came to excavate gold and other natural resources. These mines were worked by slaves created by the “First People”. Paralleling the Sumerian texts some ancient mines in Southern Africa are thought to be a hundred thousand years old and possibly even older. So who was mining the resources, primitive man? Are the Anunnaki just ancient mythology? Are they a real extraterrestrial race that has visited Earth thousands of years ago? 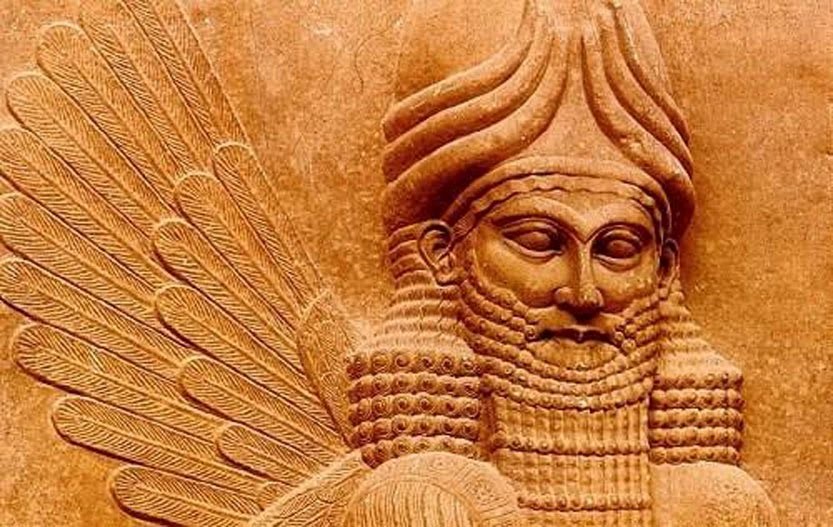 Gold´s importance was established in the Sumerian writings and Zulu stories. Not only in ancient Sumeria or South Africa, but ancient civilization across the globe had a very special place for gold in their society.

Early civilizations equated gold with gods and rulers, and gold was sought in their name and dedicated to their glorification. Humans almost intuitively place a high value on gold, equating it with power, beauty, and the cultural elite. And since gold is widely distributed all over the globe, we find this same thinking about gold throughout ancient and modern civilizations everywhere. In most cultures gold is associated with riches, ruler ship and truth. Gold is a precious metal used for coinage, jewellery, and other arts throughout recorded history.

The Dome of the Rock on the Jerusalem temple site is covered with an ultra-thin golden glasure. The Sikh Golden temple, the Harmandir Sahib, is a building covered with gold. Similarly the Wat Phra Kaew emerald Buddhist temple (wat) in Thailand has ornamental gold-leafed statues and roofs. Some European king and queen's crowns were made of gold, and gold was used for the bridal crown since antiquity. An ancient Talmudic text circa 100 AD describes Rachel, wife of Rabbi Akiva, receiving a "Jerusalem of Gold" (diadem). A Greek burial crown made of gold was found in a grave circa 370 BC.

Gold forms the centre of the economy, the throne and crown of the ruler are made of gold, the main day of the week is ruled by the golden Sun, and the Sun is the centre of our solar system. Gold has to do with the core, the most important part of something.

Egyptians developed gold smelting some 5600 years ago and their inscriptions dating back to 2600 BC describe gold. Gold workers from Mesopotamia made one of the earliest known pieces of gold jewellery in about 2600 BC. Gold is mentioned several times in the Old Testament. Tutankhamun's funeral mask is one of the most iconic gold pieces known. It was made around 1223 BC and is a stunning piece of ancient gold craftsmanship. 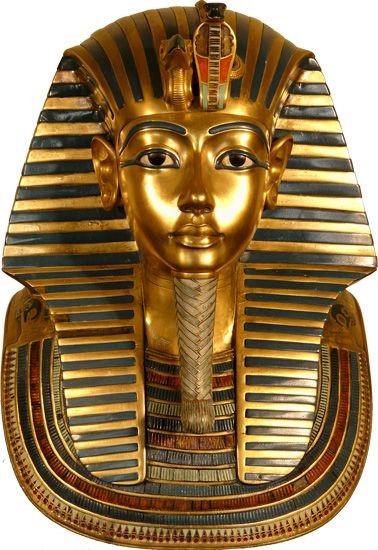 Gold is usually alloyed in jewellery to give it more strength, and the term carat describes the amount of gold present (24 carats is pure gold).

Most metals are metallic grey or silvery white whereas gold is characteristically a metallic yellow colour, in other words gold-coloured. The gold colour seems related to relativistic effects of the outermost gold orbitals. It is metallic, with a yellow colour when in a mass, but when finely divided it may be black, ruby, or purple.

Small amounts of other metals alloyed with gold change the colour as well as mechanical properties such as hardness. White gold for jewellery is formed by mixing palladium, silver, or nickel with gold, although the result is green gold with certain proportions of silver. White gold is commonly used for wedding rings in the USA. Addition of some copper gives "rose gold", a soft pink colour. Remarkably other colours such as purple (a gold: aluminium alloy), blue (a gold: indium alloy) and even black (a gold: cobalt alloy) may be formed.

The world consumption of new gold produced is about 50% in jewellery 40% in investments, and 10% in industry.

Gold jewellery demand was worth US$100 billion in 2014, and accounted for over half of global demand for gold.

Rooted deeply in a diverse tapestry of cultural traditions the aspiration to own and give gold in the form of jewellery transcends generations and national boundaries. The three largest markets for gold jewellery, China, India, and the US, each accord it a unique cultural significance. Acquiring jewellery is connected to celebrations, relationships, self-expression, and hopes for the future in these countries.

Gold is a chemical element with the symbol Au and the atomic number 79.

Gold's high malleability, ductility, resistance to corrosion and most other chemical reactions, and conductivity of electricity have led to its continued use in corrosion resistant electrical connectors in all types of computerized devices (its chief industrial use). Gold is also used in infrared shielding, colored-glass production, gold leafing, and tooth restoration. Certain gold salts are still used as anti-inflammatories in medicine.

The first use of gold in dentistry as the Etruscans (an ancient Italian civilisation) as early as 700-600 BC. Women displayed their wealth and status with their incisors removed so that they could be fitted with the gold prosthetics.

Gold is used in electrical components and in almost everything that has to do with electricity, gold is one of the top conductors, and its malleability and ability to transform it into wires, the ability to use it in really small forms as nanoparticles is going to make it an incredible technological resource. It can used as an energy source through properties called thermoelectric effects, where it can take heat and turn it directly into electricity, this means obtaining clean and efficient energy. 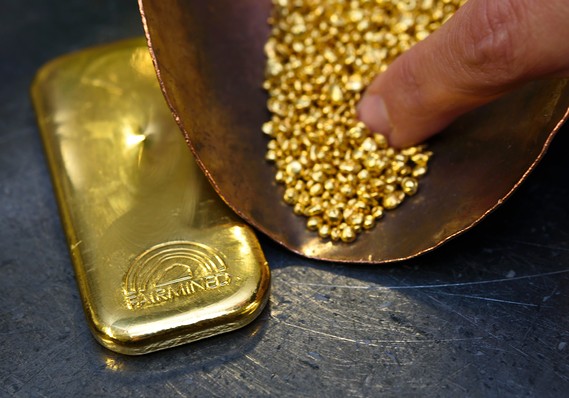 Gold reflects and interacts with infrared light in the form of heat, the radiation interacts with our molecules and that makes them vibrate faster and it is felt as heat, gold also makes a good heat shield, partly because it’s quite malleable. Better yet one can make gold very thin; it’s easy to work with; and it has great properties for reflecting and heat protection making it truly the only metal that is proven to last the test of time. 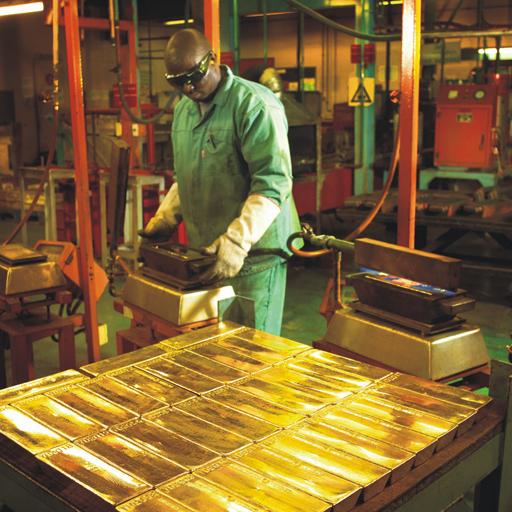 Hallmarking practice established the world's first "hallmarking" system was established at Goldsmith's Hall in London in 1300 AD. London's Assay Office is still there. The purpose of the hallmarking system is to determine and guarantee the quality of precious metals such as gold.

Refineries were set up to process this gold and were typically located close to the Bank of England. In 1750 the Bank of England set up the London Good Delivery List for gold, which formally recognised those refineries who produced gold bars to the required standard. Today, the LBMA own and manage the Good Delivery Lists for both gold (and silver).

The world’s trade in bullion is based in London with a global membership and client base. The first gold rush of 1697 brought gold from Brazil into London, with the subsequent setting up of a purpose built vault by the Bank of England. Further gold rushes followed in California, Australia and South Africa which added to the stocks of gold in London.

Gold, measured out, became money. Gold's beauty, scarcity, unique density (no other metal outside the platinum group is as heavy), and the ease by which it could be melted, formed, and measured made it a natural trading medium. Gold gave rise to the concept of money itself: portable, private, and permanent. Gold (and silver) in standardized coins came to replace barter arrangements, and made trade in the Classic period much easier.

The first use of gold as money occurred around 700 B.C., when Lydian merchants produced the first coins. These were simply stamped lumps of a 63% gold and 27% silver mixture known as 'electrum.' This standardized unit of value no doubt helped Lydian traders in their wide-ranging successes, for by the time of Croesus of Mermnadae, the last King of Lydia (570 -546 B.C.), Lydia had amassed a huge hoard of gold. Today, we still speak of the ultra-wealthy as being 'rich as Croesus.'

In the past, a gold standard was often implemented as a monetary policy within and between nations, but gold coins ceased to be minted as a circulating currency in the 1930s, and the world gold standard was abandoned for a fiat currency system after 1976. The historical value of gold was rooted in its relative rarity, easy handling and minting, easy smelting and fabrication, resistance to corrosion and other chemical reactions (nobility), and distinctive color.

All throughout history currencies have appeared and disappeared. It’s a recurring phenomenon that is known to many people throughout the world. Even today; as Brazilians, Turks, and many Europeans have experienced this phenomena. Slovenia in the last 30 years had 4 different currencies: the Yugoslav dinar, a short-lived transitional currency during the process of independence, the Slovenian tolar, and now the euro.

No financial system lasts forever. No reserve currency lasts forever. No banking system dominates the world forever. As one of the oldest forms of money, gold and silver are great wealth preservation tools. If there’s ever a problem in the fiat currency system, gold is going to become a very important form of money. Governments and central banks understand this and purchase gold to increase their official reserves.

Gold and Silver are the best way to avoid the banking system and fiat currency altogether.

The futures contract for gold is traded at the New York Mercantile Exchange (NYMEX) through its Commodity Exchange (COMEX) New York Spot Price. There are also the World Fix Price. And London Fix Price. 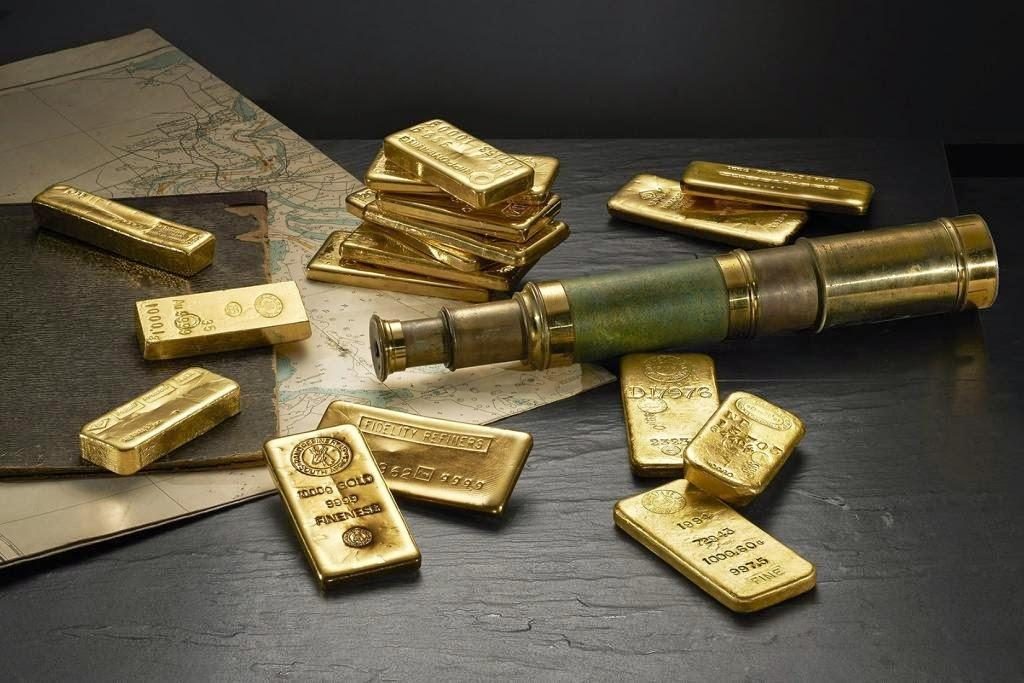 Shanghai Gold Exchange's international bourse with yuan-denominated began trading gold in 2014 and started a slew of bullion contracts in Asia, including Singapore and Hong Kong. The region now has pricing power as the top consumer of the metal. Indications are the Far East will become the dominant bullion price fixer and base of its world trade.

The geo-political and world economic structure is currently undergoing major changes. Some have even called the situation an "upheaval." This means that the foreign exchange rates, inflation, interest rates, banking system, investment markets, and political outlook, particularly for certain parts of the world, are more unpredictable than usual. Under these circumstances, it is logical to conclude that capital will gravitate to real (non-paper) assets such as commodities for protection against a potential decline in the paper markets. 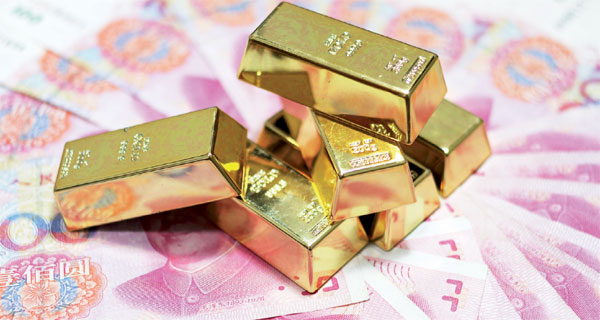 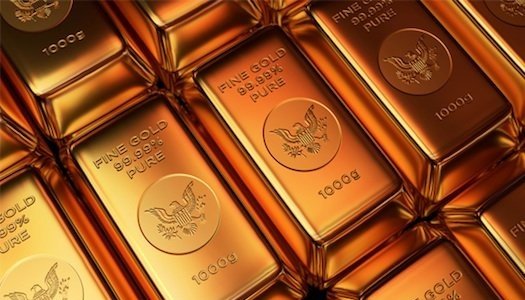